Top things to see in the Philadelphia Area before you die.

If you haven’t been to Sea Isle City aka. SIC as we say around here. You’re missing out.

In which if you have ever been to SIC, Landis is the main road in town.
He was also the founder of the city of Vineland which meant he was a very rich man.

Sea Isle had cattle on the island up until the late 1890s. The cattle swam across the bay to get here originally.

The family and I in Sea Isle

It beats the crowd of Atlantic City, Wildwood, and Ocean City any day. Still maintaining that shore charm. Instead of the usual Jersey boardwalk, they have an asphalt promenade. Which makes them stand out a bit amongst the New Jersey shore towns.

It compares to Atlantic City in it’s unique history.

There was once a Bath House that was housed on the boardwalk. The Schwartz Bath House, as it was called, offered folks hot sea water baths. They used a pipeline to pump sea water through a line under one of the piers to the bath houses. The line was known to get caught with seaweed from time to time and the proprietor would have to climb down the pier with a life preserver and unclog the line. This was a very popular attraction in Sea Isle at the time.

Sea Isle has always been esteemed for it’s clean beaches. Horse-driven carriages were known to crowd up the beach. After, they no longer needed carriages because of the good old invention of the automobile. Horseback riding became a popular pastime.

The first boardwalk was created in 1907. However, through the last century the boardwalk has had to be rebuilt over and over again due to severe storms.

Entering one of the beaches

In the 60s, a nor’easter came into town called the Great Atlantic Storm. It was one of the largest storms to have ever hit the east coast. It flooded the main road and people couldn’t evacuate. It rained so bad most homes and beaches were destroyed. The people were literally rescued by helicopter to get out of the city. This storm also wiped out the boardwalk.

The Storm of 1962 that wiped out Sea Isle. Courtesy of Booklet Days Gone By of Sea Isle City, NJ.

After the Great Atlantic Storm, the townsfolk came back to rebuild. They moved the beach back further from the ocean and put in dunes for protection. Thus, the building of the 1 and 1/2 mile asphalt promenade that they have today. 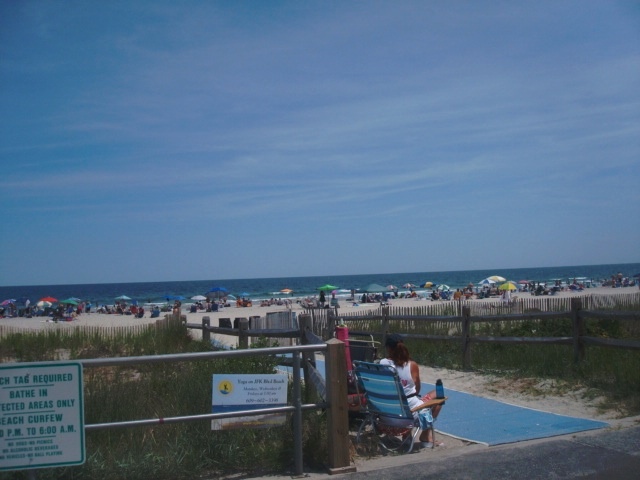 View of one of the beaches from the Promenade

There’s been a lot of redevelopment over the last decade in Sea Isle. A new state-of-the-art library was just constructed. A Gillian’s Fun Pier has been created for the kids (and us adventurous seeking adults) to enjoy amusement rides. The downtown area of JFK boulevard has been totally transformed.

However, there still is architectural integrity of days of old.

The Colonnade Inn is one of the last surviving Inns of 1880s. Built around 1883 for city folks to beat the heat. The house is a gorgeous Victorian that has stood the test of time and many storms. It serves as a beautiful bed and breakfast today. Still preserving that “old-feel” charm. 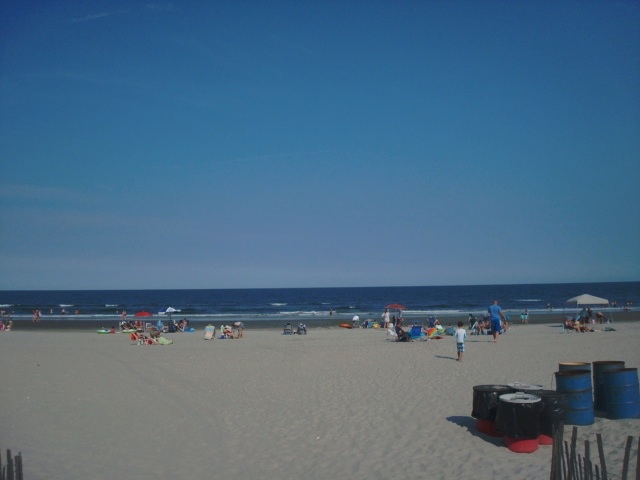 Shot of the Atlantic Ocean and the clean beach of Sea Isle City, NJ

The city is also becoming green. JFK boulevard is lined with LED street lights powered by wind and solar energy.

A must-to-do here: Get homemade fudge at James’ Candies. Eat brunch at Braca’s Cafe and shop at the boutiques around JFK Boulevard. 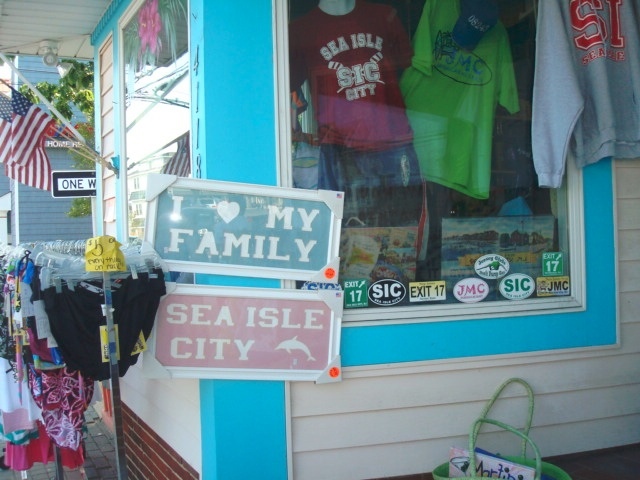 A shot outside one of the many boutiques around JFK Boulevard

If you like to go to a town with a lot of history without the hustle and bustle, than this is the place.

Smile! You’re in Sea Isle City. (As per their water tower).