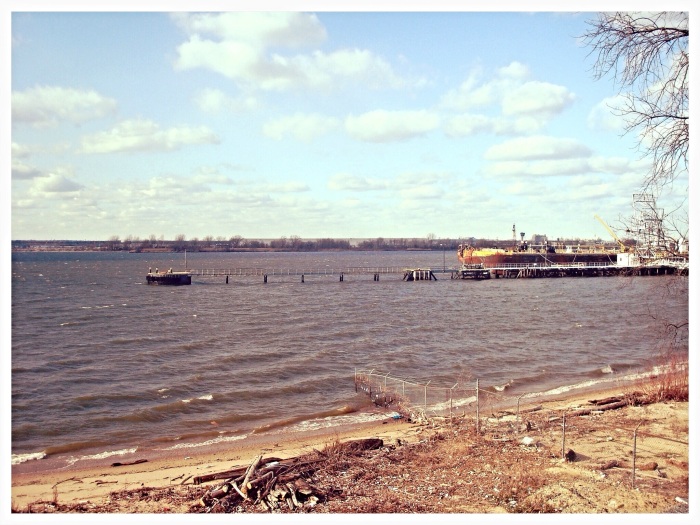 This fort was built during Revolutionary times to thwart the British from attacking Philadelphia. The land was bought by the Continental Congress on July 5th 1776. It was the first real estate purchase by the federal government. The Continental Congress got the land for 600 pounds, a pretty hefty sum in that time.

It is listed as a National Historic Site. The fort was built by New Jersey, Pennsylvania, South Carolina and Virginian troops of the Continental Army. George Washington even got to inspect the site as work was being done. Fort Billings had barracks, officers’ quarters, and a bakehouse.

Tadeusz Kosciuszko, a friend of Thomas Jefferson, helped to design the military fort. He was born in modern-day Belarus and is a national hero, not of just America, but of Poland, his home country and Lithuania.

Nothing is left at this site as it is surrounded by oil refineries and is a narrow strip of land heading out towards the Delaware River. 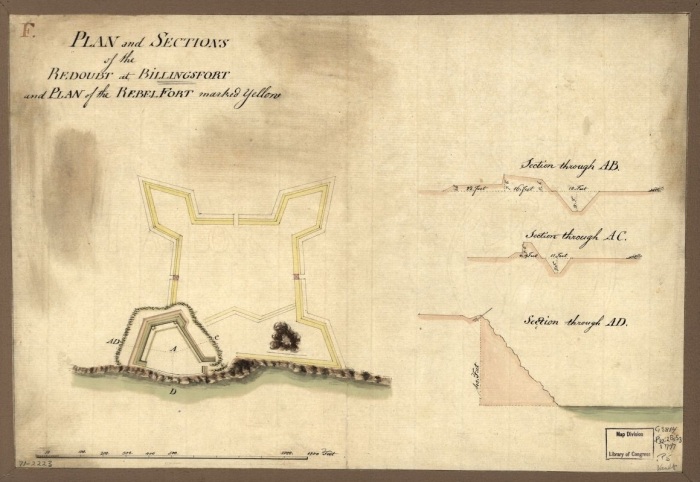 Plan and sections of the redoubt at Billingsfort and plan of the rebel fort marked yellow. 1777 Map from the Library of Congress.

However, centuries ago, it was identified on British maps as a “rebel fort” and has been forgotten in history. 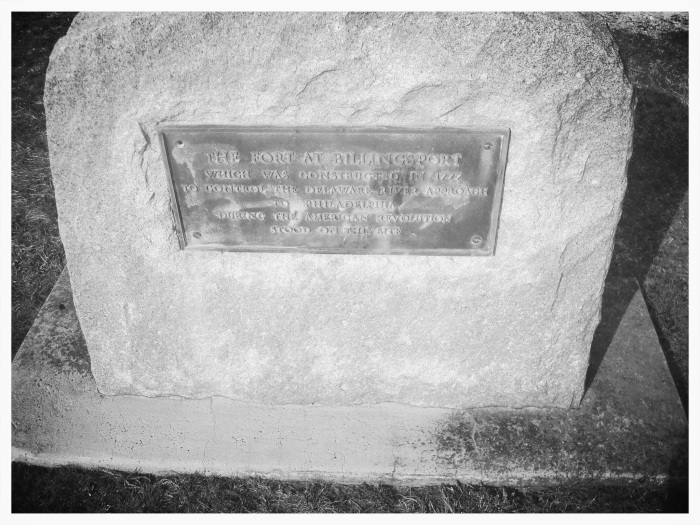 A lot of plaques here, fyi.

Refinery dock to the left.

Even though it was never completed, Fort Billings held off the British for over a month in 1777. It helped to delay the British from advancing on the great city of Philadelphia. The largest city in the country at the time and the birthplace of our nation.

Fort Billings did eventually fall to the British and after advanced to Fort Mercer at Red Bank or what we presently know as National Park. We know what happened there! The British were annihilated. The astonishing fact is that American troops were outnumbered by 3 to 1! All due to our South Jersey hero Jonas Cattell.

Currently, only a few plaques have been placed at the site and a small children’s playground graces the land. It is still a great property to see as it has played a part in America’s Independence and the birthplace of our great nation. Check it out!

Until our next adventure, my friends!