In the 1880’s, there was a crisis in New Jersey, there was no place for the “feeble-minded” to be cared for. Doctors, professors, and lawmakers alike, were working feverishly trying to figure out what to do about this problem. In 1887, S. Olin Garrison started a school in his Millville home. By year’s end, he had such a surplus of admissions, that he could not take on anymore folks. He soon ran into luck. In early 1888, Garrison received 40 acres of land and the attached, Scarborough mansion, from Vineland Philanthropist, B.D. Maxham. On March 1, 1888, the Vineland Training School opened with the original (and very long-winded) name “The New Jersey Home for the Education and Care of Feeble-minded Children.”

By the end of 1888, it was home to 55 boys and girls. The school had made history for being the first to be dedicated to the feeble-minded. In 1892, the school introduced “The Cottage Plan” where instead of large dormitories, the students would live in small group homes. Pupils would learn independence. Practical living skills taught, instead of just being helplessly institutionalize for life.

In 1900, after the death of Garrison, Professor Edward R. Johnstone became head of the school. By 1906, Mr. Johnstone created a psychological research laboratory. It was the first of its kind in America specifically dedicated to the study of mental deficiencies. Henry H. Goddard became its director. Under Goddard’s direction, the laboratory made many breakthrough advancements in mental science. The Training School became the country’s leading authority on mental diseases.

For the next two years, under the supervision of Goddard, the Binet IQ test was translated to English. Testing took place on the residents of the Training School. In 1911, the standardized test was performed on 2,000 Vineland public school students. With its success, the IQ test and the research laboratory , initiated the mental testing movement across the U.S. and around the globe.

In 1912, Goddard wrote a book called, The Kallikak Family- A Study in the Hereditary of Feeble-mindedness. Although, now the books validity is questionable, it was ground breaking in its link between heredity and mental illness. In 1913, the Training School started their extension program. It spread their prolific research across the world. Within that same year, the U.S. Government, sent 3 staff members, headed by Goddard, to Ellis Island. They would perform the mental testing on incoming immigrants.

In 1913, Johnstone built an addition to the Training School. This school was constructed for just the feeble-minded young men. Over 530 acres of land was bought, at the price of $10 per acre and the land became housing and farmland for the young men to work. They gave it the name, “The Menantico Colony.” The Training School saw this rural setting as a place to challenge the men and to ease their minds. It could give them skills that they could use outside of the institution. What made this extraordinary, is that the colony was nearly self-sufficient. The construction costs were offset by the patients labor. Most notably, the building of the structures supervised by masons.

Wagon of the school.

The men, who could not physically perform construction, would work to clear the land. By 1919, there were accommodations for 120 young men. Most of their expenses were completely paid for by the production of the food from the farmland. There was some concern that the work was unethical, but people who visited the farm, knew that these men were happy to be there. They were glad they were not institutionalized. They finally were working to live like any other man of their age.

It made them feel like a human being. The work helped to keep them out of trouble, as you can imagine, with 120 young men in close quarters, many with behavioral problems, there was much frustration among all of them. Instead of fighting, they had a healthy way of getting the aggression out, by clearing brush or pulling up stumps. In only two and a half years, the men had cleared nearly 100 acres of land and started to grow vegetables and fruit, even tending to animals.

The young men, loved their newly built colony so much, they often referred to it as, “our home” or “our colony”, as stated the 1919 book “The Kallikak’s of Kansas: Report of the Commission on Provision for the Feeble-Minded”.

The Book also states, “The colony offers a cheap, safe and happy home for these innocents, where they will be kept from pauperism, crime and disease, and from burdening society with their many defective offspring.” Ouch!! That last part isn’t very nice! During the early years of the colony, they began to experiment on new methods of growing peaches, egg laying and poultry rearing, in conjunction with Rutgers University. With this success, came the research of poultry vaccines.

I have to say I feel like these men lived greatly. They enjoyed work and life. They accomplished so much in the way of farming and research. These men owned their “feeble-mindedness” and did not allow it to hold them back. It is what made the Menantico Colony such a success.

In the early years, of the institution, it was world-renowned for its studies in mental health. Not only did it carry out research on mental deficiencies, it also researched epilepsy, pedology (the scientific study of children), heredity, biochemistry, neuropathology, clinical psychology, metabolism, blood chemistry, photomicroscopy, cephalometry (the study of head measurement), idiocy, criminology, speech pathology, birth injury, electroencephalography (EEG brain wave methods), and much more.

Studies included an Army intelligence test that was used during WWI. Also During WWII, the Vineland Social Maturity Scale (used to measure ones ability to adapt to their surroundings) was standard for military use. The scale set a worldwide precedent and is still current being used today.

In 1945, Professor Johnstone died, it ended his prolific 45 year term as superintendent. Dr. Walter Jacobs took over his place and continued research. Author Pearl S. Buck had placed her daughter at the school in 1925. After visiting the Training School, in 1950, she wrote articles for Readers digest and The Ladies Home Journal. The article titled “The Child Who Never Grew” went on to be published in 13 languages and gave the school publicity.

In decades to come, the school continued to be a leader in mental studies. In 1965, the school’s name was changed to The American Institute for Mental Studies- The Training School Unit, also known as AIMS. In 1970, The Division of Emotional studies was established, to find a treatment for those who were emotionally disturbed. In 198, to avoid closure, the institute was taken over by the Elwyn Institute of Media, Pennsylvania. They proposed a multi-million dollar redevelopment plan to restore the dilapidated campus. For its 100th birthday, in 1988, the school reinstated its original name “The Training School at Vineland.”

In the upcoming years, the school worked to get the residents into community based group homes. The process was complete in August of 1996. The training school has over 50 group homes in South Jersey and has since been renamed, Elwyn, New Jersey.

I started this, with the idea, that it would be full of gruesome history, such as lobotomies and electric shock therapy. I was hoping to find some of that here, but in my research, I found no such things. I do believe they most likely did practice these and many other cruel and unusual treatments, but in those days, it was common to practice such atrocities on people.

The only thing I learned, that was horrific, came from my mother, who worked there in the late 70’s. She told me that my great-grandmother worked at the institution for years and that my great-grandmother told her that the orderly men would get the women patients pregnant. She had walked in on more than a few abortions being performed during the 50’s-60’s. I imagine, The Training School, was not the only place this was happening. I’m sure there are many more of these stories out there. If you have a story about the Vineland Training school please leave it in the comment section at the bottom of this page.

The mansion is on Landis Avenue and The Colony was located on Hence Bridge Road (if you were wondering.) 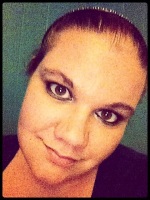 Hi! I’m Laural Boney. I live in the beautifully historic town of Fairton, NJ. I’m the mother of two perfectly ornery boys. I love History of all kinds, but my favorite subjects would have to be local and ancient history. I love learning new things about this great state especially when its odd or weird. And yes, I love to write too. Follow Laural at http://www.facebook.com/TheRealHistoryPage