This pulsating pond will get your pickles going. Located in Eldora, formerly known as West Creek, Dennis Township, Cumberland County (on the border of Cape May County.) This will have many kayakers and fisherman in a sporadic delight as it is a bit “off the beaten path.” However, she’s a knockout. There’s a lot of history here, so I will do my best to put it in writing for you. 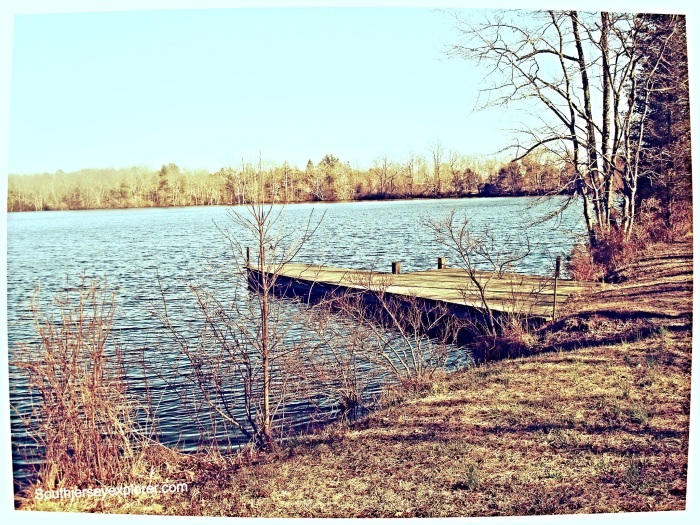 A dock in Paper Mill Pond

The name “West Creek” is derived from the Lenape word “westeconk,” meaning “place of fat meat.” Yum, delish. It could be because of the abundant fish found in the tributary, or the vast white-tailed deer that can be spotted here. The Pickle Pond was formed from the West Creek tributary, that runs into the Delaware Bay of Cape May County and is over 12 miles long.

Dr. Daniel Coxe, from England, would be one of the first colonial purchasers of the land. When “Danny boy” began investing in the land of the new English colonies, he hired explorers and corresponded with them eagerly. He also developed relationships with the Colonial Governors and the principle Indian traders. The doctor purchased thousands of acres in the West New Jersey Region as far north as Hunterdon County. Coxe was quite wealthy, as he eventually bought land along the Mississippi River Valley and even purchased acreage as far south as the state of Virginia. Eventually, he sold most of his thousands of acres of property, to the West New Jersey Society of London, in 1692.

The most hilarious thing of it all..

Dr. “Danny Boy” Coxe never set foot in his lifetime, EVER, in the New World. 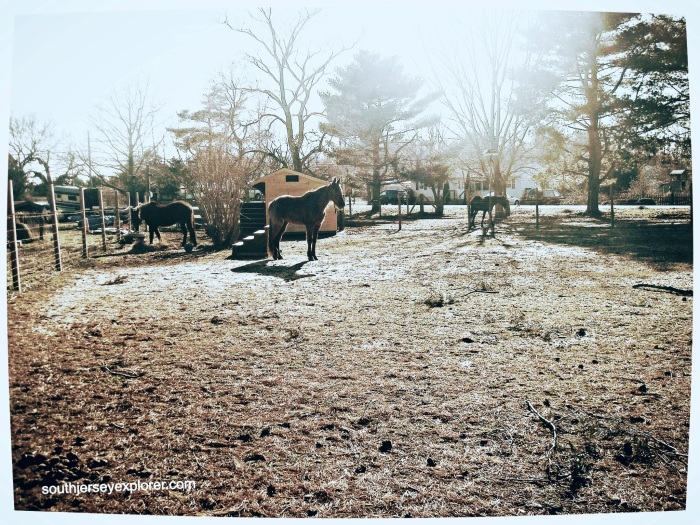 Horses off of Paper Mill Road

His son, Daniel Coxe Jr.-(1673-1739), came to the New World and explored his father’s lands. He lived in the American Colonies from 1702-1716. Coxe Junior returned to England and published an account of his travels in the New World. He was appointed the Provincial Grand Master of Freemasons for the provinces of New York, Pennsylvania and New Jersey by the Duke of Norfolk. A few years before his death in 1731, Coxey junior claimed he possessed the superior title to his father’s deed and that the West Jersey Society shall have no deeded property rights to the property that his daddy sold to the Society. The courts upheld this claim.

Hundreds of families were forced to repurchase their own property from Col. Coxe or be forcibly evicted. The ensuing scandal was one of many injustices that inflamed American anger against the British during the years leading up the Revolutionary War.

Creek Side going towards the Delaware Bay

The dam separating the pond from the tributary

Following the Revolutionary War for independence, Anthony Benezet, a Pennsylvania Quaker, purchased 5000 acres in the West Creek Vicinity. He built a sawmill and dam on East Creek along the Stage Coach Road located near the Pickle Pond site. Benezet was a French-born American abolitionist and educator who was active in Philadelphia, Pennsylvania. One of the early American abolitionists, Benezet founded the first anti-slavery society in North America, the Society for the Relief of Free Negroes Unlawfully Held in Bondage (after his death it was revived as the Pennsylvania Society for Promoting the Abolition of Slavery); the first public school for girls in North America; and the Negro School at Philadelphia, which operated into the nineteenth century. The area was also known as a stage-coach stop at this time, hence the name, Stage Coach Road. 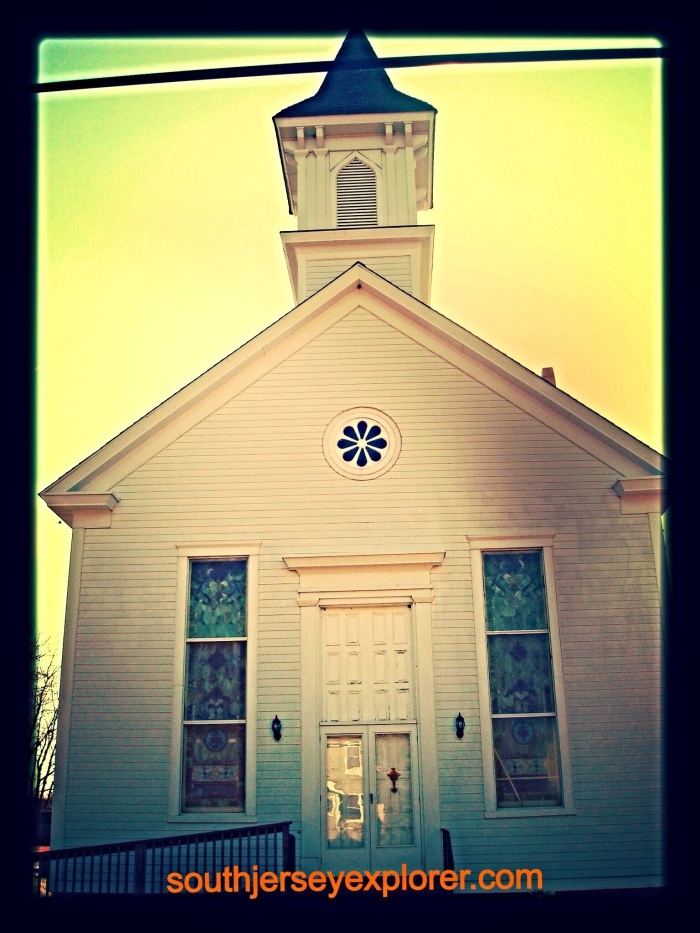 Historic structure across the street from the Church

One landowner, John Goff, a Methodist minister, set up a store near the Eldora area. A boat landing was built and corn and cedar posts were shipped to Philadelphia in return for gunpowder, molasses, and other supplies needed by settlers. In his obituary, it states…

“Mr. John Goff, widely known throughout Cape May and Cumberland counties, died at his home at Eldora, November 1st, 1899, just four hours after the advent of his 92nd birthday.

He was born at Eldora, formerly known as West Creek, October 31st, 1807 on the place where he died. He married a quakeress of Philadelphia, Hannah Eldridge, who died 21 years before him.
He was converted at a camp-meeting at Budd’s Furnace, near what is now the village of Tuckahoe, in 1827. He lived a Christian life for 72 years, nearly all of that time an active member of Eldora Church.
The early years of his married life were spent at Blackwoodtown, Camden county. After the death of his brother, WILLIAM, he returned to Eldora and purchased the blacksmith shop, where he carried on a large business for many years. About 1879 he retired to his farm on which he continued to work until past 90 years of age.”

Settlers continued to move to the area in the 1800’s. By the late 1800’s, a tomato canning factory eventually opened, Pickle Factory (named for the Pickle Factory Pond) and a papermill called West Creek Paper, hence the Paper Mill Road name the pond is located on.

The West Creek area was now a flourishing industrial Mecca. However, it eventually declined, leading into the 20th Century, due to rail service and technology.

Pickle Pond is now a great wilderness to explore. Bald Eagles, Glossy Ibis, Herons and Black-bellied Plover can be spotted in the Spring and Fall, with the exception of the Eagles, they can be found year-round. For the fishing nuts out there, Pickerel, Perch and Sunfish can be happily found. Black Walnut trees flank the perimeter and have been enjoyed for centuries for its tasty meat and used for dyes.

It’s a great place to explore and be away from it all. You may be the only one here on a Summer Day and that’s FABULOUS in my book!

Until our next adventure, my Friends!

11 thoughts on “Caught in a Pickle at Pickle Factory Pond”