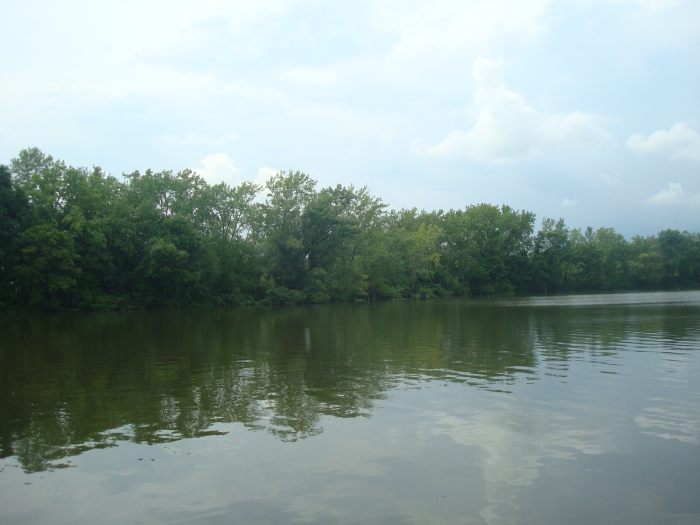 Amico Island isn’t really an island. It’s a peninsula. Perhaps at one time it was or it seems. The small parking lot looks to have been “filled in”with dirt to connect it with civilization. Amico Island is 55 acres of exploratory fun. It’s a “newer” park recently added to the Burlington County park systems.

As translated from, Paul Schopp, a local historian……

“During the 1930s, Walter Reeder’s Delaware River Sand Dredging Company of Bordentown purchased the Springer Farm and the States Farm for their sand. Using dredges to mine sans and gravel from this tract, the company created the large basin now known as Dredge Harbor in the process. Reeder piled any rocks encountered during the dredging operations on shore for future use. A local contractor purchased these rocks and constructed a series of unique stone houses and businesses adjacent to the harbor which can still be seen today along St. Mihiel Drive.

Following WWII, Reeder laid out Riverside Manor on land his company owned but did use for sand mining. In 1953, Reeder’s sand company sold its remaining land holdings to Merrill Ambler’s Amico Sand & Gravel Company. Amico continued the sand and gravel mining operations into at least the 1960s, creating AmicoIsland in the process. Long in the thoughts of would-be developers, Burlington County acquired Amico Island in 2001 from Duke University who received title to the island as a gift from Merrill Ambler, Jr.

Since acquiring the site, Burlington County has developed the55-acre island into another enjoyable jewel in the frown of the rapidly growing county park system. Several derelict wooden sand barges and scows can still be seen within the park along the interior shorelines.”

There are 2 miles of various trails, a pretty lake, scenic overlooks, beaches (for fishing only), restrooms, picnic areas and a boatload of wildlife (saw a white-tailed deer hopping along. A little Bambi on the blue trail.) The “island” sits in the crevice of where the Rancocas Creek meets the delightful Delaware River.

It’s very rustic and natural which is usually Yummygal’s favorite places for adventures.

Yummybaby and Yummymama both tagged along this explosive hot summer day because Yummygal likes going on trips no matter what the weather is.

Start out with the blue trail. A bit of caution if you can’t handle stairs with a stroller or going uphill, it’s not the place for you. 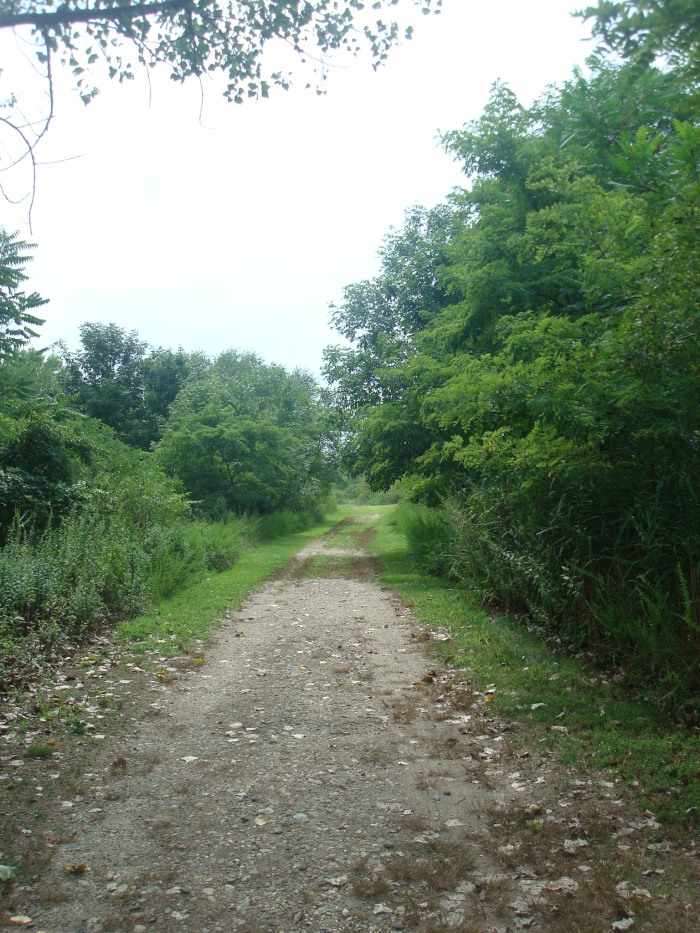 The start of the Blue Trail

The blue trail takes you around very rustic forest and pathways. Plus, a few titillating meadows. It will take you out to a few scenic overlooks.

There’s a nice pebbly sand fishing beach on this route that is on the Delaware River side.

The pebble beach at Amico Island

The first overlook is nice. It sits high above. If you look to your west, you will see a cute little marina.

Then you will go up a large hill to another scenic overlook. The trail is lined with gorgeous river birch trees. Also, you can see birding nests on the crest of the river (they looked like hawk nests.)

Keep strolling through the trail. This is where we saw the white-tailed deer near the rugged stairs.

The blue trail will take you out to where you originally started out.

Walk over on the red trail. It will take you to the pretty pond (nice fishing spot) with benches that sit along the edge.

Rancocas Creek side of Amico Island

To your right is the Rancocas creek and more beaches along for your discovery.

The yellow trail goes off the red trail on a loop. Very small, but another fishing beach.

All in all, it was a gorgeous day with the family (even though Yummygal’s mama was complaining of the heat.)

The Pond at Amico Island

It’s a great place to take the kids to a rustic setting. Yet, has amenities so that it is not too wild for ya!

Great hiking paths for the naturalist. Very rustic, but well-maintained.

Have a yummy time!

9 thoughts on “Amico Island, Isn’t Really An Island, But A Peninsula”